by Houses of Heaven 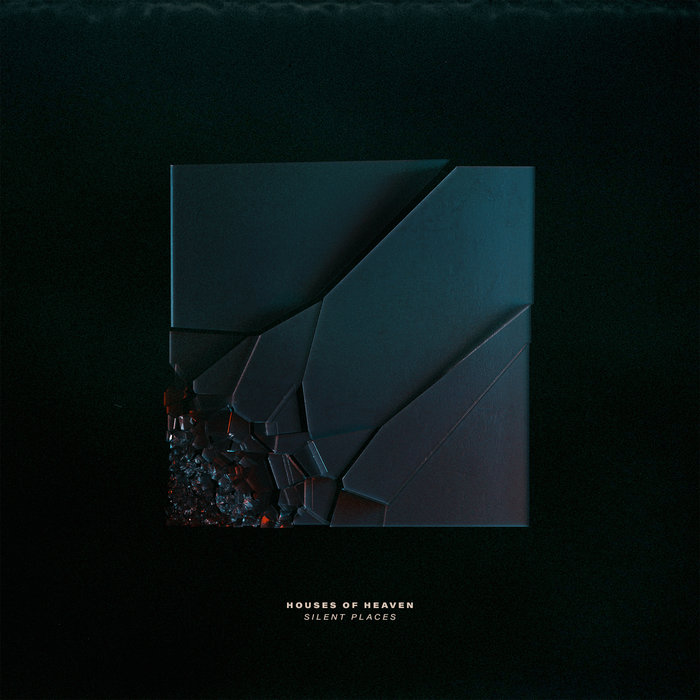 Matthew Smith Very difficult to pick a favorite track as they're all solid, no filler. Energetic and brooding at the same time. Favorite track: Sleep.

F700 Massive new album from Houses of Heaven! No filler here, only hitters! The recording quality is high end and it needs to be listened (very) loud Favorite track: In Soft Confusion.

Alejandro Restrepo It’s really fucking GOOD. the sound is multilayered, very present but at the same recessed. Driving without being overwhelming.

Layering synths, guitars, electronic percussion, and live drums, Houses of Heaven fuses early industrial and techno rhythms with the melodicism of shoegaze and a heavy dose of dub-influenced effects. Formed in Oakland, California by Keven Tecon, Adam Beck, and Nick Ott, the band follows up the Remnant EP with their first full-length album titled Silent Places. Written against the backdrop of the Northern California wildfires, ever-growing tent cities and the continued rise of empty luxury housing in the Bay Area, the album explores the intimate experiences that transpire within the chaotic confines of modern living.

Opener "Sleep" basks in the tension surrounding the album's inception with blown-out kick drums, claustrophobic verses, and deteriorating vocal effects. Sharp arpeggiated synths and woozy strings neutralize the track's subterranean anxiety with texture and sensuality. Produced by Matia Simovich (Inhalt) and with engineering credits that include Monte Vallier (Weekend) and John McEntire (Tortoise), it's a potent introduction to the muscular sound design underpinning the album.

Booming taiko drums sound the beginning of "Dissolve the Floor," the album's most club-ready track. A pulsing arpeggio gives the song its industrial heartbeat while disintegrating tape delay throws menace into the hazy atmosphere. The undulating techno beat breaks and repairs itself with seductive and satisfying timing. "In Soft Confusion" doesn't stray from the album's obsidian narrative as it envisions and ponders the aftermath of human extinction. Sonically speaking, though, it's the album's most uptempo offering with Tecon's supremely infectious chorus vocal hook and Beck's dizzying guitar riffs.

The intricate electronic drum programming is elevated by Ott's live drumming, which lends a refreshingly human touch to the potentially icy, and often mechanical, sonic territory of synth-driven music. Adding density to the album's shadowy allure are the unusual sounds and vintage outboard effects that Tecon and Simovich impressively maneuver into the album's tonal palette. Great care has been taken to finesse familiar pop structures with an inventive edge. It's this mindfulness of past and present that is sure to secure Silent Places as a standout album in the new decade.

Bandcamp Daily  your guide to the world of Bandcamp